Skip to content
HomeWaking Up and Smelling the Coffee 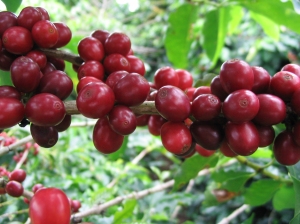 Despite my previous promise to myself I have used Starbucks recently.
But in mitigation, there was no room in the nearby Costa.
For me. this is now the Starbucks’ advantage – they are the second choice.
Meanwhile Starbucks seem to be infected by the big girl’s blouse syndrome*
On the 26th January The Telegraph reported that Kris Engskov, the multinational’s UK managing director, demanded talks at Downing Street after the Prime Minister had said that tax-avoiding companies had to “wake up and smell the coffee”. Mr Cameron’s use of the phrase at the World Economic Forum in Switzerland was taken as a direct attack on Starbucks which has been criticised for not paying corporation tax in Britain.
(As if wake up and smell the coffee would make one think immediately of Starbucks – when did they copyright the words?)
Mr Engskov was so concerned about the “politicisation” of the tax issue that he asked for the talks at No 10, where he met officials last Friday.
Starbucks argues that it makes no profits in the UK and so is not required to pay the tax. The business turnover for the U.K. is not disclosed but if it is not making any profits why was it thinking of investing £100 million in new UK branches and why are sources close to the business saying that plans could be put on hold. Could the lack of confidence have anything to do with declining footfall and fortunes?
Meanwhile, whilst Starbucks are rattling their sabres, Lavazza have announced ambitious plans to open as many as 400 shops over the next decade.
*From “he’s flapping like a big girl’s blouse”, which conjures up the twin ideas of a large garment flapping on a washing line and of a man flapping in the sense of panicking.