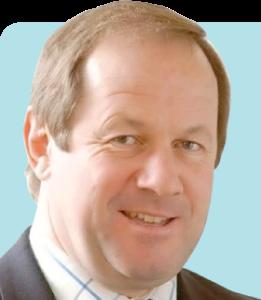 Tim Passmore, Suffolk’s Police and Crime Commissioner is seeking the views of the people of Suffolk over a series of proposals that could change the face of policing in the county.
At the end of last month the Chief Constables of Suffolk and Norfolk jointly presented proposals to the two Police and Crime Commissioners on the ongoing collaboration programme to help bridge the funding gap. The proposals included a joint Contact and Control room to be located in Norfolk and a combined Shared Services Partnership which aims to bring a number of support functions together in one location in Suffolk.
The proposals were discussed at length at the Collaboration meeting (on February 27th) but Suffolk’s PCC Tim Passmore felt that more detail was needed to be certain of the robustness of the plan and has asked the Chief Constable to present more refined proposals at the next Collaboration Panel meeting on April 30.
Meanwhile he is seeking the views of the public on the principle of the proposals which are to move the Police Contact and Control room to Wymondham in Norfolk and combine services such as HR, Estates, Procurement, Finance, ICT and Transport Service in Suffolk.
Tim Passmore said, “It is really important that I, as the elected representative of the people of Suffolk, fight to protect front line policing in the county and I believe that the control room is a very integral element of front line policing.
“No decision has been made yet, but I can assure you that I will carefully consider the Chief Constable’s proposals and will make my decision based on what is best for the people of Suffolk.
“I would encourage everyone to have their say.”
Please take part in the electronic survey, go to the website http://www.surveymonkey.com/s/ or write to Tim at Martlesham Police Headquarters.”
There are various public meetings. The nearest one to Hadleigh will be held at: East Bergholt High School, Heath Road, East Bergholt, CO7 6RJ on Wednesday 9 April 2014
The meeting starts at 6.30pm. No need to book, just turn up.