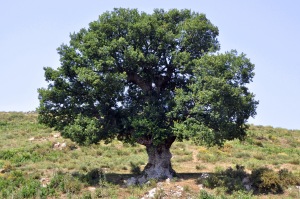 You would think that this is a statement of the blindingly obvious. But when you see the lot clearing that takes place when developers prepare land for building – then you do wonder where their brains are.
Trees reduce stress by filtering unwanted noise and replacing it with bird song and rustling leaves. Domestic abuse, including child abuse, is lower in homes near trees.
So why clear the land of trees?
We can all see that it is easier to lay out plot lines and install drainage if the land is clear. Yet one of the key things that makes our urban environment attractive is trees. Whether they be oaks, ash, London planes or even the sycamore they soften the impact of urban living.
Trees remove harmful gases, such as nitrogen oxide, sulfur dioxide, carbon monoxide, carbon dioxide, and  ozone. In Mecklenburg County, North Carolina trees remove 17.5 million pounds  of air pollutants each year.
Trees capture sediment  and toxins that lower water quality, which reduces the  need for costly storm water control measures,
Urban trees reduce the “heat island effect,” cooling  our cities by as much as 9ºF. One tree can cool as much as five air conditioners running  20 hours a day.
There are some conscientious developers in North Hills, Raleigh. They can be identified by their instinctive retention of the arboreal character of their lots. Others exemplify the slash and burn mindset of the 18th and 19th centuries when North American pioneers such as Daniel Boone cleared land in the Appalachian Mountains.
In the industrialized regions of Europe and North America, the practice was abandoned with the introduction of market agriculture and land ownership. Land tenure systems  help focus on long-term improvement and discouraged practices associated with slash-and-burn agriculture.
Community responsibility does not begin and end with voting every couple of years. If the price of liberty requires continual vigilance, so does ensuring our environment does not deteriorate beyond recall.