I have been very quiet on the blogging front. Not because I have nothing to say, but because I have been overwhelmed with the news coming out of Westminster, Washington and North Carolina politics.
This week has seen a lack of progress in the Brexit process. One cabinet minister has resigned (been sacked). There are local government elections in England on Thursday and there is a fear that Brexit frustration will flow into the voting patterns and that very many hard working councillors will be swept away by a possibly ungrateful electorate.

The Mueller Report has been delivered, summarized and published in a redacted format. The Attorney General has appeared before the Senate and as we speak he is resisting appearing before the House of Representatives.
Meanwhile in the real world in East London football, West Ham beat Tottenham Hotspur 1-0 on April 27th. and Leyton Orient have returned to the English Football League having achieved promotion from their non league status.
So, all in all, it’s a great time for East London football and long may the teams prosper.

There’s always room for a good political joke. I heard this (disparaging) remark about a politician I admire and thought it worthwhile repeating for cleverness and appropriateness for using against someone else.
“…spends his time trawling through the calendars of each village and town council to see when their next village fete or open day is so that he can fill his face at the trough. I’ve never known a man turn up to so many free lunches. He’d attend the opening of a letter if there was a sandwich in it for him!”

My brother and I tend to meet up two or three times a year to have a decent lunch and catch up on the events in our lives and those of our nearest and dearest.
Recently we lunched at the Royal Oak in Stambridge, Essex. We were discussing family history and wondered whether our parents would have been proud of us had they not died over seventy years ago. Our conclusion was that they would have been proud of us – particularly as we were enjoying hors d’oeuvres of pigeon’s breast with black pudding accompanied by a French Cabernet Sauvignon.
This conversation came back to me when I came across the attached photograph of West Ham Bus Garage in the aftermath of its bombing on 30th July 1944.Which was the same evening that a stray (!) bomb hit our house causing my brother and me (who were in a Morrison Shelter) to become orphans.
You do not have to be a fan of Dad’s Army to reflect on what would have happened had Great Britain lost the war. We would have become a colony of the Third Reich and our assets and resources would have been transferred to the centre on an ongoing basis – since the purpose of colonies is to produce wealth for the centre and not absorb the resources of the empire.
Flash forward seventy odd years and what do we have? We have assets and resources being transferred from Great Britain to the centre (now in Brussels) on an ongoing basis with very little influence on how they are managed and spent.
All of a sudden I see Brexit in a different light. 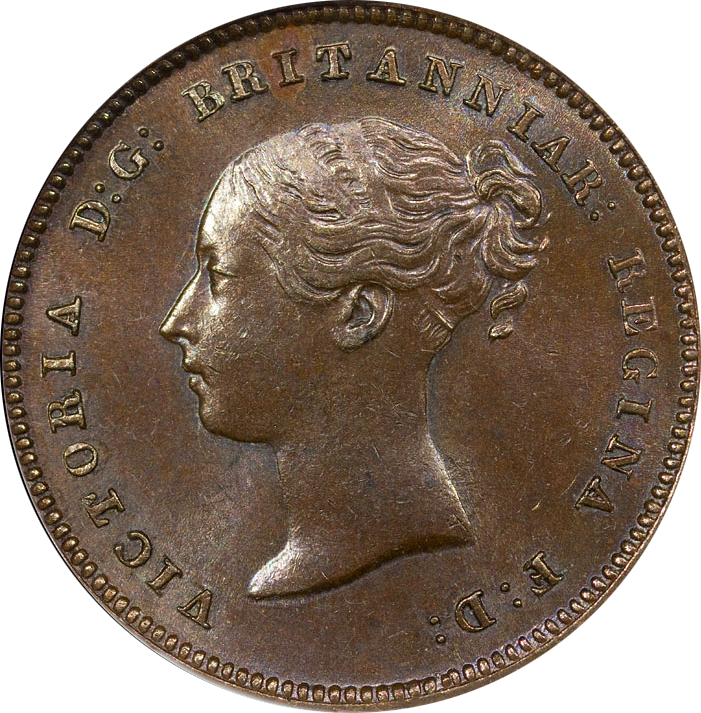 on October 6th carried a review by Judith Flanders of the book “Behind the Throne” by Adrian Tinniswood.
The review contained a fairly detailed report on the royal employees/servants. Queen Elizabeth for example has 1,200 people looking after her and her households.
Medals are given for long service in lieu of what are known to be extremely poor salaries. The royal households of previous centuries did little better. Under Queen Victoria, reforms to a chaotic private Buckingham Palace lowered the wages of the maids by almost two-thirds, to as low as £12 a year, while leaving unchanged the salary of the queen’s hereditary grand falconer (a position held by an aristocrat) at £1,200 per annum. Never mind that the she had no falcons, nor any intention of ever acquiring them.
At this point I have to express a personal interest in this story. My great grandmother worked in Queen Victoria’s Windsor Castle laundry. I suspect that the wages were less than a £1 a month and I can understand why it was not a long term career path nor a stepping stone on to greater things.
With such arbitrary penny pinching it is no wonder the Royals feared the revolutions which swept Europe and the United States in the late eighteenth century.
And perhaps the wonder is how the Royal Family managed to survive and prosper to the present day with such attitudes. 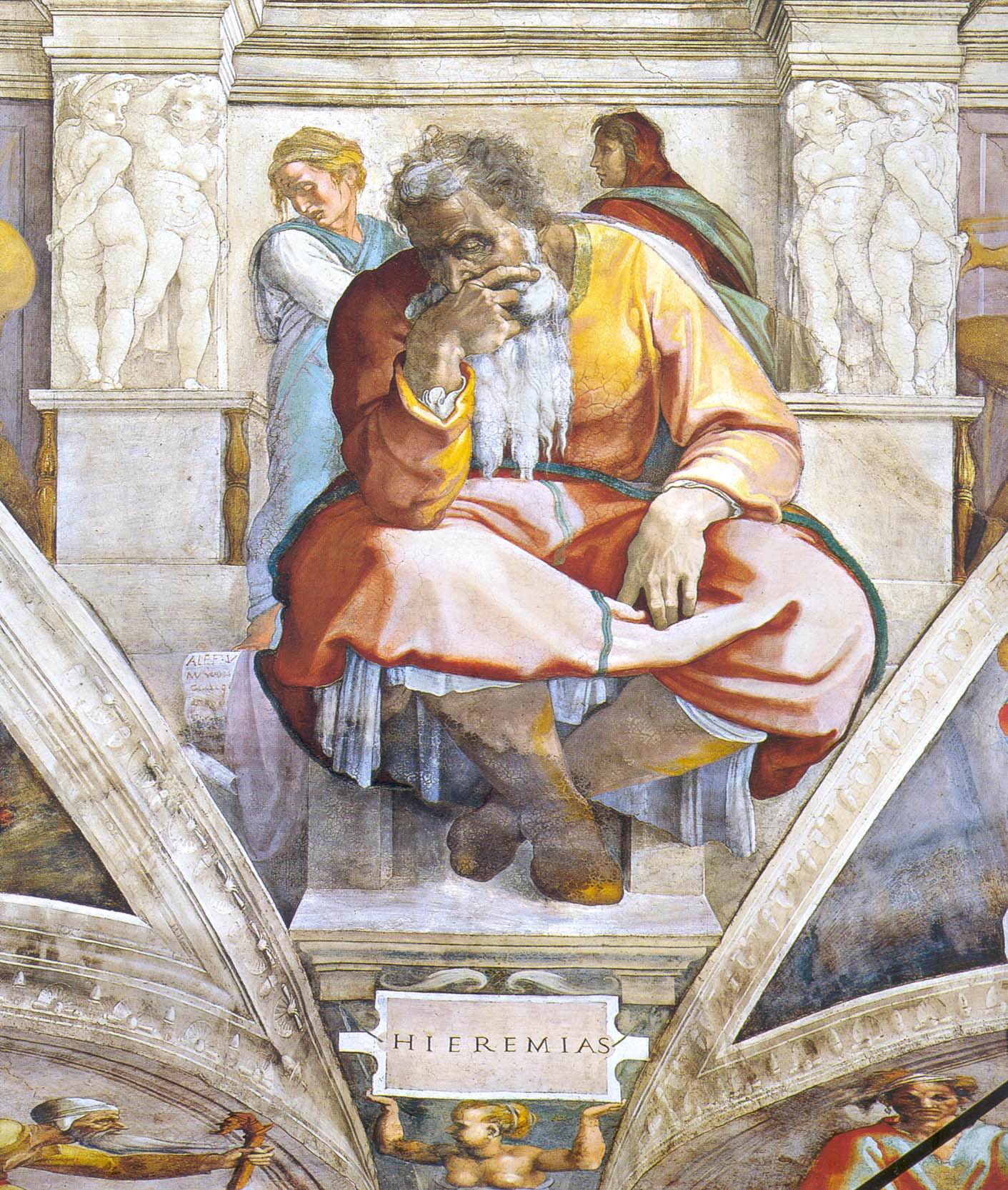 From time to time I read one of the lessons at the Holy Name of Jesus Cathedral in Raleigh. The first reading on July 22nd is from Jeremiah. Normally I like to avoid Jeremiah and Job as they are not the most cheerful of prophets and I prefer to enjoy the more declamatory words of Isiah, Ezekiel or Nathan.
The reading on the 22nd is about the negligent “shepherds” of the people who deserved better leadership.
Much of Jeremiah’s work was in Judah’s capital Jerusalem. He tried to keep several kings faithful to their stewardship  amidst an atmosphere of political intrigue and backstabbing. Jeremiah was blunt about what was right and what was not, and he suffered at the hands of the powerful because of his outspokenness. At the time of his prophecy, a good king in Judah had just been replaced by a king who put the country in thrall to Egypt. Jeremiah raged against this policy.
The reading is Jeremiah’s response to the negligent leaders. I first read the passage as a reproachful piece but looking at the readers’ notes I was encouraged to see that it is proclamatory and that I should not let Jeremiah sound like he’s on Valium. If anything, he should sound as if he is on steroids and caffeine.
He was a vigorous, courageous, outspoken man. He thunders on behalf of a God outraged at the powerful people’s neglect of their responsibility to the poor. “I gave you the privileges of a shepherd, you mislead and scatter the flock!”
Any linkage between the events and characters of 200 B.C. and the present day are purely unintentional and coincidental.
On the other hand, I think I’ve known some readers for whom Valium is the default mode when tackling the readings. But for me, for this week at least it’s a case of onwards with the steroids and caffeine!

Readers of my blog may recall that on the 4th May I regularly raise a glass of Guinness or a G&T in memory of my late grandmother (Alice Luck) who was born on 4th May 1891.

I am currently reading Malachy McCourt’s History of Ireland and he gives a brief account of Padraig Pearse’s life which ended as Pearse was executed on 4th May 1916 for being one of the leaders of the 1916 Easter Uprising.
There is the story that as Padraig and his brother Willie set off from home to begin the Uprising, their mother told them not to do anything rash.
Grandmothers and mothers are always like that!
Sláinte mhaith to all 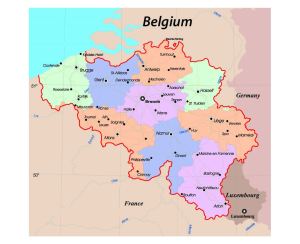 The New York Times in its review of The Darkest Hour refers to the film makers’ sham populism which is at its most evident when showing Churchill riding the London Underground and meeting The People (a motley mass of stiff upper lips and misty eyes).
Charles Moore writing in the Spectator opined that the film indicates when Churchill left Downing Street for the House of Commons to make his ‘We shall fight on the beaches’ speech he did so without knowing what he would say. (In the film) dear, patriotic citizens weepily beg Churchill to declare that we will fight on, so he decides that is what he will say in Parliament.
Obviously, in drama, one must not succumb to ‘the tyranny of fact’, but if you know that Churchill did not travel by tube, that he had thoroughly decided what he would say, that he always prepared his parliamentary speeches pretty much word for word, and that only a madman would go from Downing Street via St James’s Park station to get to Westminster, you cannot suspend your disbelief in the cinema.
The speech contains memorable lines – not just the We shall fight them phrases. In his speech Churchill outlined the immediate history which lead up to the British Expeditionary Force debacle and the Dunkirk evacuation. He highlighted but did not overdramatize the role of the Belgians:
“The king of the Belgians had called upon us to come to his aid. Had not this ruler and his government severed themselves from the allies, who rescued their country from extinction in the late war, and had they not sought refuge in what was proved to be a fatal neutrality, the French and British armies might well at the outset have saved not only Belgium but perhaps even Poland. Yet at the last moment, when Belgium was already invaded, King Leopold called upon us to come to his aid, and even at the last moment we came. He and his brave, efficient army, nearly half a million strong, guarded our left flank and thus kept open our only line of retreat to the sea. Suddenly, without prior consultation, with the least possible notice, without the advice of his ministers and upon his own personal act, he sent a plenipotentiary to the German Command, surrendered his army, and exposed our whole flank and means of retreat.”
Thus, we were betrayed by the Belgian royals and if there ever was a case for a full blooded republican coup, this must be it.
And yet the Treaty of Brussels was signed on 17 March 1948 which established a Western Union Defense Organization which in turn lead to the 1951 European Coal & Steel Community, European Economic Community (predecessor to the European Economic Community and the European Union) all of which would be headquartered in Brussels
Supranationalism does not have to be Socialist and Statist but you can see the advantages to the Belgians (like their Prime Minister Paul-Henri Spaak), it let their country punch above its weight and (hopefully) expunge the memory of their 1940 perfidy.