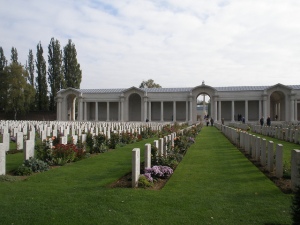 The 28th March marks the 100th anniversary of the death of my great uncle Charles Luck who died aged twenty during the Battle of Arras. His name is remembered with honour on the Arras Memorial
The Arras Memorial commemorates 34,795 servicemen from the United Kingdom and the Commonwealth who died from the Spring of 1916 until August 1918, and who have no known graves.
Family legend has it that Great Uncle Charles was killed during a barrage of heavy gun fire. (One moment he was there and the next he wasn’t!)
The Great War casualties were horrendous and their effect echoes down the century. The Great War cost my Great Grandmother her husband and her oldest son – not a happy outcome and a bleak prospect for the peace that followed.
1918 Luck Charles Memorial